Whiplash is a non-technical term used for pain in the shoulders, neck, head or base of the skull, associated with car accidents and some slip and fall accidents. Our auto accident injury lawyers see many cases of whiplash. 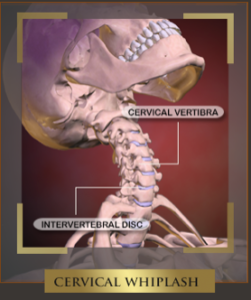 Whiplash occurs because of sudden acceleration, or more often, a sudden deceleration. Inertia, the force responsible for whiplash, can cause injury both to the neck muscles and the spinal structures in the neck and upper back. Please visit this website
Most patients with whiplash recover in a few weeks or months but in about 15 to 20 percent of cases, victims develop chronic longterm pain, according to spine institutes.

Doctors say whiplash is not a trivial issue because only 82 per cent of people who are hurt, have recovered within two years. It’s in these cases where victims suffer longer term symptoms that our whiplash injury lawyers, may become involved in high value lawsuits.

If pain persists beyond six months it may have gone beyond the soft tissue to include injuries to the facet joints or discs, which are round cushions that lie in between the vertebrae of the spinal column. They act like spinal shock absorbers. Lawyers often compare them to jelly doughnuts when addressing juries.

If a disc is injured this “jelly” may leak out. When the core of the disc extrudes into the spinal canal it may hit a nerve root, causing great pain to the patient. A serious impact during an accident can cause a bulging disc or even a ruptured disc in the upper back or the neck.

A herniated disc can put considerable pressure on the nerve, which can cause pain to radiate throughout the person’s body. Invasive surgery may be necessary in many cases.

Less commonly, whiplash could cause a change in the natural curvature of the spine.

Although herniated disc injuries often clear up, there are cases in which a patient remains in pain for the rest of his or her life, notwithstanding therapy, steroids or strong painkillers.

These kinds of cases often result in six figure settlements if another party is clearly to blame, the other party has good insurance cover and the victim had no preexisting condition.

But victims have received large payouts even when preexisting conditions were involved in their cases where an accident has clearly caused additional problems or exacerbated a condition.
More information on this website

Got Hurt in an Accident – Get Legal Help

There are innumerable types of traffic laws and regulations that are in place that deal specifically with what is required on the roads and behind the wheels of vehicles. While it may seem that some of these laws are relatively unimportant and easily ignored, the fact of the matter is that when traffic laws are broken, people are seriously injured and killed as a result. Anyone who has been harmed because of another motorist’s failure in this regard needs to obtain the help of experienced car accident lawyer as soon as possible. 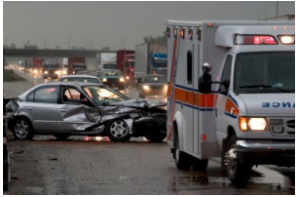 Below you’ll find a brief overview regarding one of the most common errors that leads to car accidents – the failure to yield the right-of-way. You’ll also find information regarding the potential legal rights and options possessed by someone in this position as well as information regarding how you can contact a car accident lawyer to schedule a free initial consultation if you or someone you love has been injured. Please visit this website

Examples of Failures to Yield the Right-of-Way
There are many different examples of failing to yield the right-of-way, and while some are more obvious than others, this mistake will always lead to a finding of fault by the motorist who does not adhere to this law. Specifically, the most common example of this failure involves merging into a different lane on a road or highway and forcing someone else to take evasive action as a result.

In addition, motorists can fail to yield the right-of-way to pedestrians and bicyclists, and they can also commit this mistake if they move forward through a four-way stop when it is not his or her turn to proceed. Even what seems like the smallest errors by the offending motorist can and often does lead to disastrous results.

How Car Accident Lawyers Can Help
Fortunately, there are legal rights and options available to someone who is injured or to the family members of someone who is killed by a motorist who fails to yield the right-of-way. These options include the filing of a personal injury lawsuit or a wrongful death lawsuit against the party responsible for this result.

If such a claim is filed and it proves to be successful for the plaintiffs, those who have brought the actions can be awarded damages that compensate them for their losses. However, obtaining this result requires the utmost in legal skill and experience, as this type of a claim will involve dealing with insurance adjusters and perhaps defense attorneys. All of these professionals are highly skilled when it comes to obtaining a positive result for their clients and employers.

Therefore, if you or someone you love has been harmed by a negligent or reckless driver, you need to seek the help of experienced car accident lawyers who have been holding those responsible for these losses accountable for more than 40 years. Contact us today to schedule a free initial consultation. More information here

You Can Search Here!